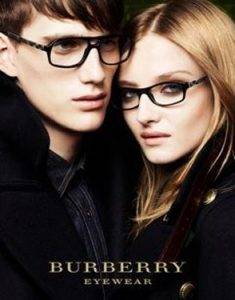 Burberry eyeglasses collection features the latest styles , all crafted to the highest levels of quality. Burberry’s design philosophy is to blend tradition with ultra modern creating a truly unique work of art. Burberry glasses materials include acetate or metal frames with rectangular and butterfly shapes for unisex appeal.

This iconic brand was founded in 1856 by 21-year-old dressmaker Thomas Burberry. The first Burberry store opened in Basingstoke at that time with the first London store opening in 1891. 1909 marked the opening of a Burberry store in Paris.